Back to all News

Lithium Brine Investors, You’re About to Miss the Boat

DENVER, CO / ACCESSWIRE / February 6, 2019 / Lithium demand is projected to rise three-fold to one million tons by 2027, according to Roskill’s 15th Edition Market Outlook, driven primarily by the rapidly growing demand for electric vehicles and advances in grid power storage. Despite this growing demand, the Bank of Montreal only expects to see between 80,000 and 91,500 tons of lithium produced globally by 2025.

Currently, nearly 90 percent of the world’s lithium comes from evaporated liquid brine. In Chile, Bolivia, and Argentina, brine filled lakes – or salars – have produced world-class lithium concentrates upwards of 1,000 parts per million. While there is nothing wrong with evaporation as an extraction process, it takes a tremendous amount of time and often results in lower lithium percentages relative to the input concentrations.

Lithium Americas Corp. (TSX: LAC) (NYSE: LAC) is a good example of a traditional lithium brine producer. With projects across North and South America, the company’s Cauchari-Olaroz lithium project in Argentina alone has 1.5 million tons of proven and probable reserves, with an extraction cost of $2,495 per ton. The project life for the Cauchari-Olaroz project is spread out over an estimated 40 years, in part due to the tremendous land area needed for the evaporation of the lithium brine.

Alternatively, some of the most promising developments in extraction techniques have been occurring domestically, right here at home in the State of Nevada, where important new advances in hydrometallurgical processes could make localized lithium deposits substantially more economical. Leading the charge is Ioneer Ltd. (formerly Global Geoscience) (ASX: INR) with their Rhyolite Ridge project positioned to leverage this technique. The Company has stated that for the 79 million tonnes of ore processed over the life of mine (LOM), they forecast operating costs of US$1,796/tonne of lithium carbonate, which would make Rhyolite Ridge one of the world’s lowest cost producers of lithium. These factors have combined to boost Ioneer Ltd. from a $15M market cap to a $221M market cap in just under three years.

Right next door in Fish lake Valley, Nevada, a Canadian junior miner by the name of American Lithium Corp. (TSX-V: LI) (OTCQB: LIACF) (FSE: 5LA1) has taken note of what their neighbors were able to accomplish, and has spent the last several years watching, learning and acquiring a dominant land position while adapting their plans based on the advancement of the cutting-edge production technologies now available. By leveraging these insights, the company’s experienced management team is building what could eventually become one of the most efficient, and economically productive lithium properties in the world – right here in North America.

Many lithium clay projects are focused on mining a rare, soft, white clay mineral called Hectorite. While obtaining hectorite is relatively straight forward, the mineral must be roasted for a period of time as an extra and costly step in a multi stage extraction process. American Lithium is targeting a variant of lithium-bearing claystone, which hosts lithium in a weak electron bond that’s far easier to separate than Hectorite mineralization.

By eliminating the roasting process required for Hectorite separation, and through the use of increasingly customized hydrometallurgical techniques, American Lithium believes it can deliver far faster extraction much more cost-effectively, and with consistently higher-grade results than traditional methods as used by companies such as Nemaska Lithium Inc. (TSX: NMX) (OTC: NMKEF). Nemaska is a leading lithium producer that uses a combination of hard rock and brine extraction processes. As an example, their North American project has 37 tons of proven and probable reserves with a US$3,372 average cost per ton for lithium carbonate and a 33-year expected mine life.

Of note, American Lithium is developing its own approach to a hydrometallurgical process that involves straightforward extraction of the clays, moving it to a containment area and treating it with a formula to leach and extract the minerals in as little as 72 hours without the expense or time spent roasting the clay. The company can deliver higher concentrations of lithium than brines, and do it faster simply by varying the separation formulation and duration of the process. According to the Company website they have been able to achieve 81.5% extraction rates under controlled conditions.

In their January 24th company news, American Lithium states “Preliminary hydrometallurgical tests have been completed on TLC project samples demonstrating that lithium will effectively leach from the project area claystones with increased extraction relative to immersion time.” CEO, Mike Kobler goes on to say “This news is very exciting. Our preliminary results from the TLC project validate what we are looking for in lithium projects; shallow deposits, high grade and low-cost extraction opportunities. In fact, test results indicated a greater percentage of leached output in higher grade samples which is really positive.”

American Lithium has bet heavily on this strategy in Nevada and is the dominant claim holder in the region at over 25,000 acres currently. Its Tonopah Lithium Claims (TLC) project has a land claim with over 1,550 contiguous acres with the potential for millions of tons of claystone and near surface samples returning grades ranging from 129.5 to 1380 parts per million (ppm) lithium (Li) with an average grade of 656.5 ppm Li.

With yesterday’s announcement that American Lithium has engaged a contractor to begin drilling on their 1,550-acre TLC project, the company CEO notes “With this drilling program, we look forward to determining the depth extension of the regional lithium claystone target which we believe holds great promise as this particular mineralization could represent a highly economically advantageous and game-changing extraction opportunity poised to meet the inevitable resurgence and growth of the domestic lithium resource sector in Nevada.”

Moving ahead on all fronts, employees as well as independent consultants have been tasked with evaluating potential processing requirements and initiating advanced studies. Testing includes, but is not limited to, determination of grain size, agitation requirements, chemical strength and consumption, water consumption, material balance and durations. American Lithium’s consultant has established the testing protocols and management will submit requests for proposals from select engineering firms in the first half of the year.

“The anticipated outcome could see a game-changing opportunity in the growth and development of the domestic lithium resource sector in Nevada,” stated CEO Mike Kobler regarding recent company developments. “We are confident our work will be validated rapidly, and if successful, will provide significant impetus to the Company and value to its shareholders.”

With preliminary hydrometallurgical testing already demonstrating that lithium will effectively leach from the claystones with increased extraction quantity & quality relative to immersion
times, and with project claystone mineralization found consistently across nearly four square miles of the project (and appearing to extend in all directions), American Lithium Corp. (TSX-V: LI) (OTC: LIACF) (FFT: 5LA1) appears to be well positioned to capitalize on the growing demand for battery technologies with a highly scalable commercial extraction concept.

For more information, visit the company’s website and see their investor materials.

Legal Disclaimer:
Except for the historical information presented herein, matters discussed in this release contain forward-looking statements that are subject to certain risks and uncertainties that could cause actual results to differ materially from any future results, performance or achievements expressed or implied by such statements. Flathead Business Solutions LLC, which owns tamarackadvisorsinc.com, is not registered with any financial or securities regulatory authority and does not provide nor claims to provide investment advice or recommendations to readers of this release. Flathead Business Solutions LLC may from time to time have a position in the securities mentioned herein and may increase or decrease such positions without notice. For making specific investment decisions, readers should seek their own advice. Flathead Business Solutions LLC may be compensated for its services in the form of cash-based compensation or equity securities in the companies it writes about, or a combination of the two. The Information contains forward-looking statements, i.e. statements or discussions that constitute predictions, expectations, beliefs, plans, estimates, or projections as indicated by such words as ”expects,” ”will,” ”anticipates,” and ”estimates”; therefore, you should proceed with extreme caution in relying upon such statements and conduct a full investigation of the Information and the Profiled Issuer as well as any such forward-looking statements. Any forward looking statements we make in the Information are limited to the time period in which they are made, and we do not undertake to update forward looking statements that may change at any time; The Information is presented only as a brief ”snapshot” of the Profiled Issuer and should only be used, at most, and if at all, as a starting point for you to conduct a thorough investigation of the Profiled Issuer and its securities and to consult your financial, legal or other adviser(s) and avail yourself of the filings and information that may be accessed at www.sec.gov,www.otcmarkets.com or other electronic sources, including: (a) reviewing SEC periodic reports (Forms 10-Q and 10-K), reports of material events (Form 8-K), insider reports (Forms 3, 4, 5 and Schedule 13D); (b) reviewing Information and Disclosure Statements and unaudited financial reports filed with www.otcmarkets.com; (c) for Canadian listed stocks: www.tsx.com and or www.sedar.com (d) obtaining and reviewing publicly available information contained in commonly known search engines such as Google; and (e) consulting investment guides at www.sec.gov and www.finra.com. You should always be cognizant that the Profiled Issuers may not be current in their reporting obligations with the SEC and OTCMarkets and/or have negative signs at www.otcmarkets.com. For full disclosure please visit http://tamarackadvisorsinc.com/legal-disclaimer/. 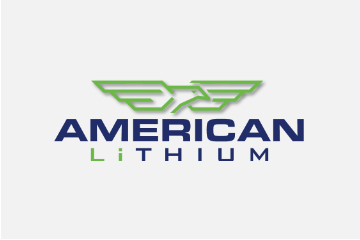